Unlike their counterparts in the business world, cultural institutions and event organisers rarely use data to underpin their operations and decision making. What could we learn from them about the event goers? Can they help us understand better how culture influences the development of the city? How to create effective communications in a data culture?

We have combined the forces of cultural researchers, designers and programmers to see how digital data-driven tools can help us explore cultural events and their role in animating the city centre.

Over a period of one year, we have surveyed dozens of large and small events, polling by almost four thousand people. We have also collected data from information and social media services about several thousand events held in Katowice since 2010.

We have examined how cultural activities are promoted and commented online by news services and on Facebook. We used Google Maps to gauge travel times to cultural venues by various means of public transport, and to see if residents of the outer districts were not cut off from culture. We also created an application to verify how many people actually participated in the events they declared interest in on Facebook. The same data also served us to conduct a network analysis showing what events and institutions have similar audiences.

The results of our study will be presented at the exhibition in the form of visualisations, maps and data exploration tools allowing for independent exploration of knowledge about the transformations taking place in the city through culture.

During the conference, experts from Poland and abroad will discuss a number of topics, including: (a) how to combine traditional methods of cultural research with the analysis of large data sets from the web, primarily from social media; (b) how cultural events (official and grassroots) impact on the city’s development; (c) how social media form a networked public sphere, influencing urban culture through various forms of involvement and participation, (d) how to work with data in an interdisciplinary team while retaining openness and using rapid prototyping tools, (e) how and what tools to use for data analysis and visualisation in order to study and present complex areas such as the cultural life of the city.

Finally, we will give the participants an opportunity to test the tools and issues presented in practice. As part of a series of a dozen or so workshops we will show, among other things, how to prepare an audience survey, use the project approach, and analyse survey data, as well as how to employ data-driven storytelling, create visualisations, and develop a brief for the company we commission to implement digital tools for us.

As part of this event 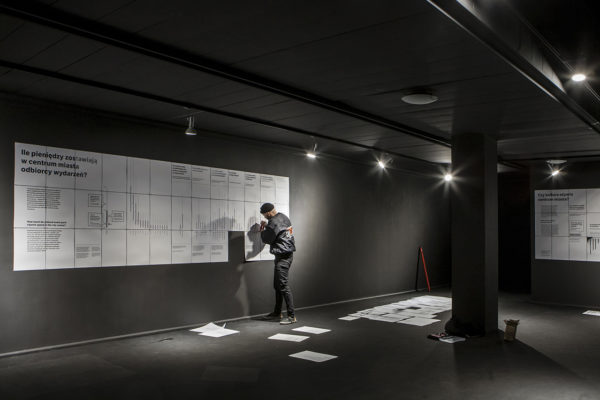